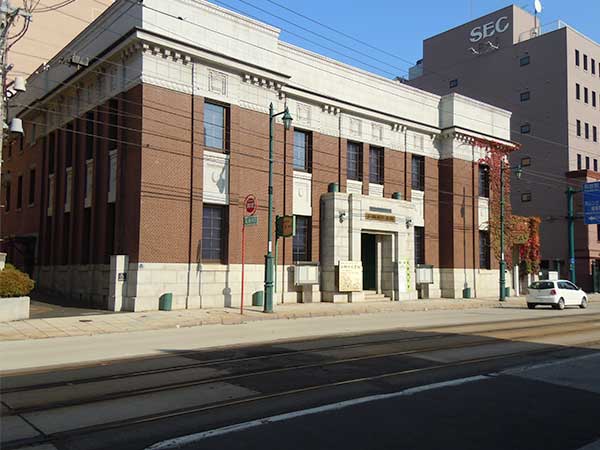 This place is written as [函館市文学館] in Japanese.

This is the building of the former Daiichi Bank Hakodate Branch. The museum houses and displays many documents about writers and poets from Hakodate. The documents about Takuboku Ishikawa(石川啄木) is so substantial for Takuboku fan around Japan.

The museum opened in 1993 and displays many documents by Takuboku Ishikawa, Katsuichiro kamei, Yasushi Sato and so on. These are appearing unique culture of Hakodate city. The building was constructed in 1921 as Hakodate Branch of Daiichi Bank. After owner had changed to Jaccs corporation and they had used the building for their business, the company donated it to Hakodate city in order to lead to the advancement of local culture.

The museum shop is on the 1st floor where you can have some postcards and Takuboku Karuta, like a traditional Japanese playing cards. They may be your souvenir in Hakodate.

*Group admission fees apply to groups of 15 persons or more. When visiting on school field trips, even individual students can utilize group admission fees.
Discount ticket available for visiting more than two museums including these museum below: