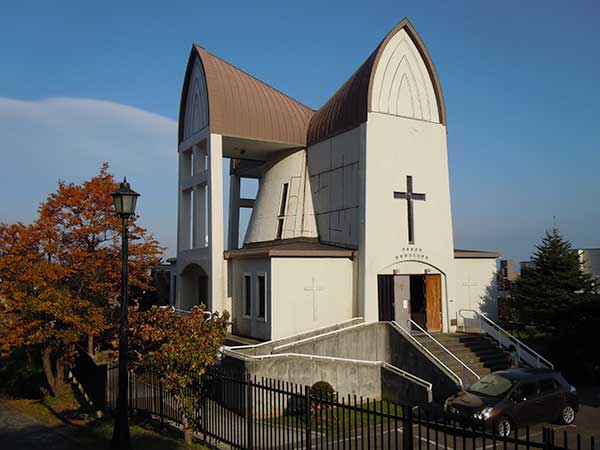 This place is written as [函館聖ヨハネ教会] in Japanese.

Hakodate Episcopal Church of Japan (函館聖ヨハネ教会) is located just next to Hakodate Orthodox Church (函館ハリストス教会) over Daisansaka slope. The church was founded by a priest Denning in 1874, which is the church of Anglican Communion. The building is outstanding for its white walls and a brown roof which is composed like a cross. Successive priests had been making their efforts and achievements for constructing schools and hospitals. The first church was built in the foot of Motoisaka slope, but due to repeated fires, it had to be moved other place many times over like other buildings.

The current church was completed in November, 1979. Modern style outside appearance and it has a pipe organ and stained glass inside like a old European church. You can see inside from May, 1 to November, 3. Sunday services and some concerts are held. The building of clergyman is completed in 2009, which had a Hakodate Good Sight Award because of its beautiful combination with the church.