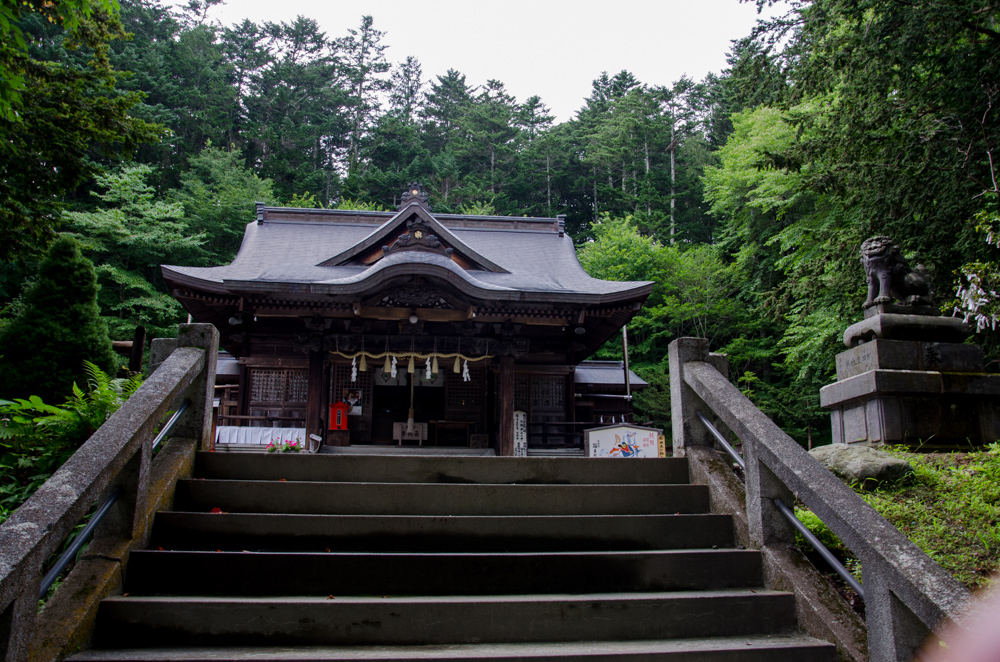 This place is written as [義経神社] in Japanese.

Yoshitsune Jinjya Shrine derives from Minamoto no Yoshitsune(源義経), who was the younger brother of Minamoto no Yoritomo, the first Shogun of Kamakura era from 1192 to 1199.

Yoshitsune was very popular and had a superior talent for battle, so his brother, Shogun Yoritomo had exile Yoshitsune from Metropolis: Kyoto to the northern land of Japan for fear. Yoshitsune was running away with his company to Hiraizumi, the northern Japan, where Fujiwara no Hidehira(藤原秀衡) ruled but after he died, his son Fujiwara no Yasuhira(藤原泰衡) assaulted Yoshitsune because of Shogun Yoritomo’s order. He killed himself there, Koromogawanotachi(衣川館).

The last moment of Yoshitsune’s life won much sympathy that made many legends of Yoshitsune all of Japan. Yoshitsune Jinjya Shrine is one of them. According to the legend, Yoshitsune run away to Biratori and he taught Ainu agriculture,  making boat and weaving.

So Yoshitsune was called Hangan Kamui or Honkan Kamui, kamui means God in Ainu. He was seamed to be very popular in Ainu society.

1 hour and 50 minutes From Sapporo by Expressway