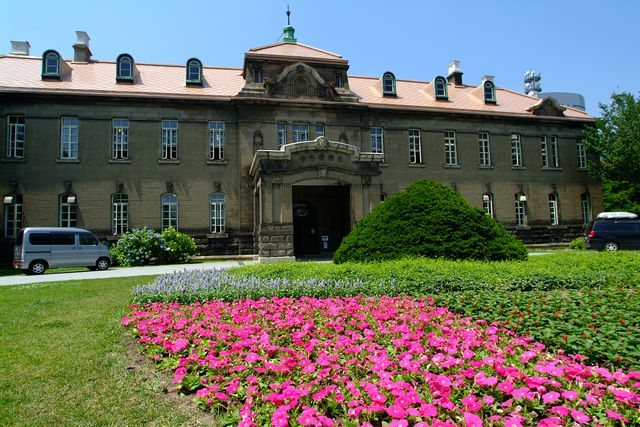 This place is written as [札幌市資料館] in Japanese.

This is the former Sapporo Court of Appeals in the Taisho era built in 1926 and the building was designated as National tangible cultural asset in 1997. Located in the west-end of Odori Koen Park, it was reformed to be as a museum of archives for a famous manga artist, Hiroshi Oba. Also there are some public galleries for citizens of Sapporo. The Hokkaido museum of literature was here from 1979 to 1994 and It moved to the new building in 1995, located in Nakajma Koen Park(中島公園). This building of Sapporo Archives Museum is built with tuff called Sapporo tuff(札幌軟石). There were many buildings with Sapporo tuff in Sapporo but many of them has been demolished  as the reason of weakness of earthquake. This is one of the rest. The building is lightened up during Sapporo Snow Festival, so that people misunderstand it as one of the big snow statue.