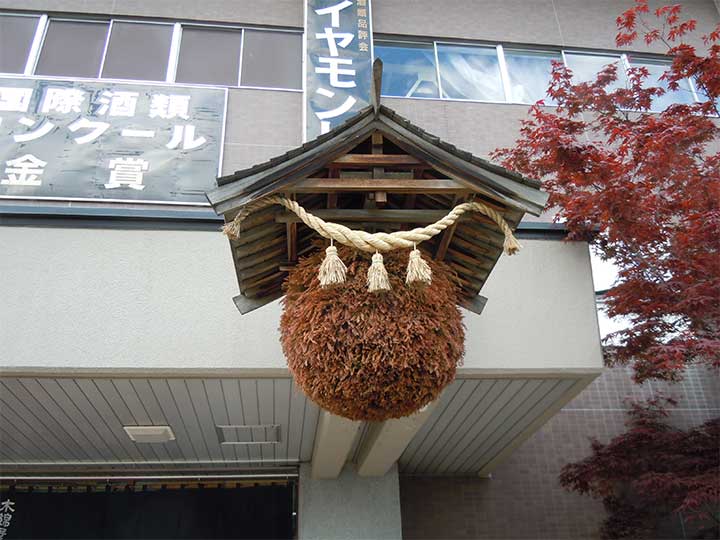 This place is written as [男山酒造り資料館] in Japanese.

This is called ‘Sugitama(杉玉)’ or ‘Sakabayashi(酒林)’. It is made by leafs of Japanese cedars.

When the brewery has made a new Sake, they are supposed to hang a new green Sigitama for noticing it. Also the color of Sugitama is changing red, people will know aging of Sake. You learn about making Sake and its equipments at the 3rd floor and look many documents about Sake from the Edo period at the 2nd floor. The name of Otokoyama is depicted in the Ukiyoe. You might understand Otokoyama the oldest Sake in Japan. You look inside the Brewery from window. After the museum, you can taste some brands of Otokoyama which are limited only here.