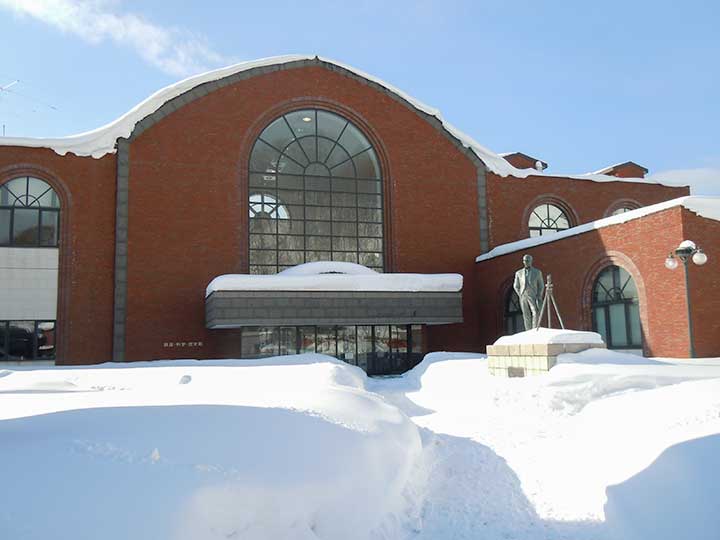 This place is written as [小樽総合博物館] in Japanese.

Otaru Museum is located in Temiya, used to be called Otaru Transport Museum(小樽交通記念館). This is the main branch of Otaru museum. The museum has Canal branch near Otaru Canal next to Otaru Canal Plaza. The museum restarted as the role for a museum and a science center for youth in 2007. Canal Branch presents many archives and items of Otaru history and nature. The building is designated as a historical building by Otaru city. This is the place where the first rail road had been operated to carry coal from Horonai to Temiya in Hokkaido in 1880. American technical adviser, Horace Capron made some plans for settling rail road. After that, the American rail road engineer Joseph Crawford was invited to Hokkaido and he constructed the first rail road in Hokkaido. He is said the father of Hokkaido’s Rail road. His statue is standing in front of the museum. Some old trains are exhibited out side the museum but unfortunately they can’t be seen in the winter because of heavy snow. This is a really interesting museum especially for rail road funs.