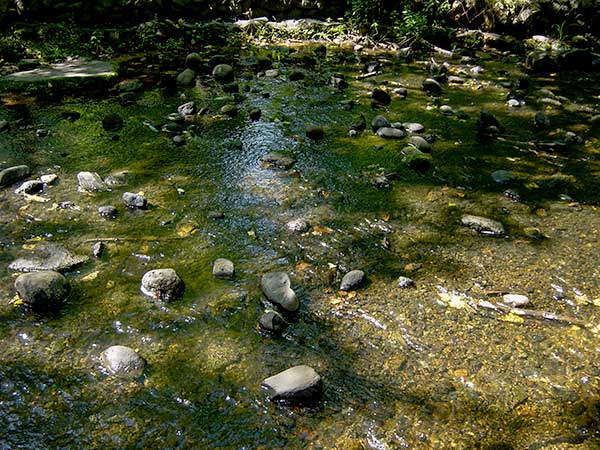 This place is written as [西岡水源地] in Japanese.

Nishioka Suigenchi is located in Toyohira ward, the southward of Sapporo. It is between Makomanai and HItsujigaoka. This is a reservoir in the upper-stream of Tsukisamu river, built in 1909. It had been used for waterworks until 1971 and later it has been a park called Nishioka Park or Nishioka Suigenchi.

The Nishioka Suigenchi was constructed by Tondenhei – a soldier training military exercises and farming – in the Meiji era. It supplied Tsukisamu No.25 infantry, Tsukisamu farm and Tsukisamu elementary school its water.

In 1977, the reservoir and its around area were managed by Sapporo city and named Nishioka park. The old facility as intake tower has been maintained and was designated as National tangible cultural property in 2001. Nishioka Suigenchi is a long and narrow pond extending north to south, flowed Tsukisamu river from the south and flowing into the north.

The intake tower is located at the north exit of the pond. The pond is surrounded by small hills and a marsh in the southward. The surface of the pond is covered with ice in winter and much snow in the hill. There are many Asian skunk cabbage in the marsh.

There are wooden road around the pond and in the marsh, so that you can walk and see beautiful plants in spring and summer. This is very familiar for locals to hike in holiday. 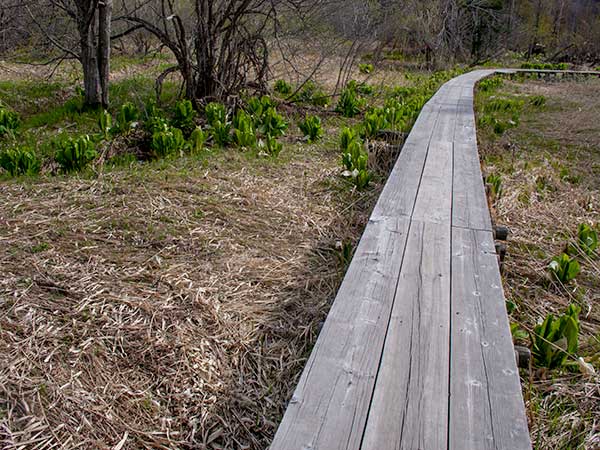 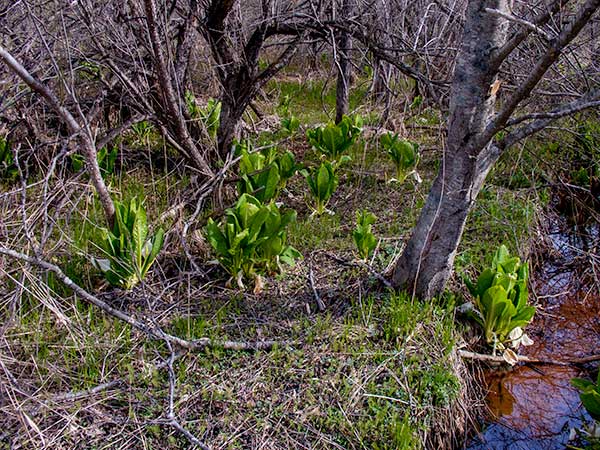 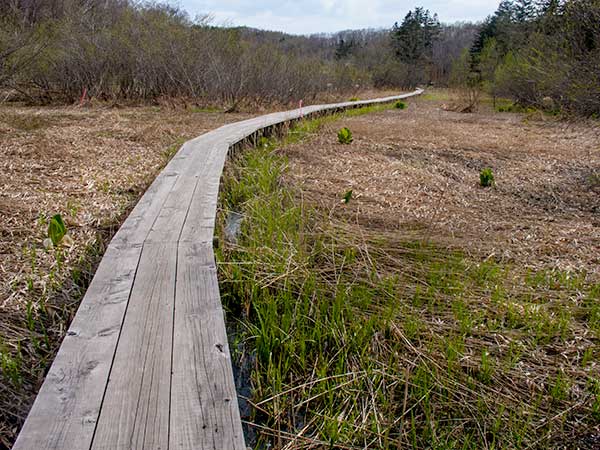 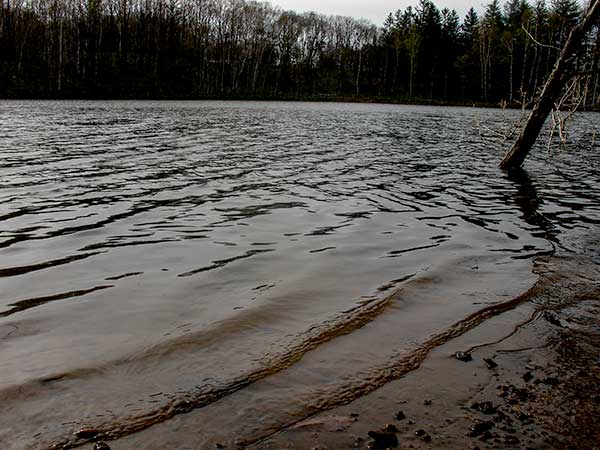 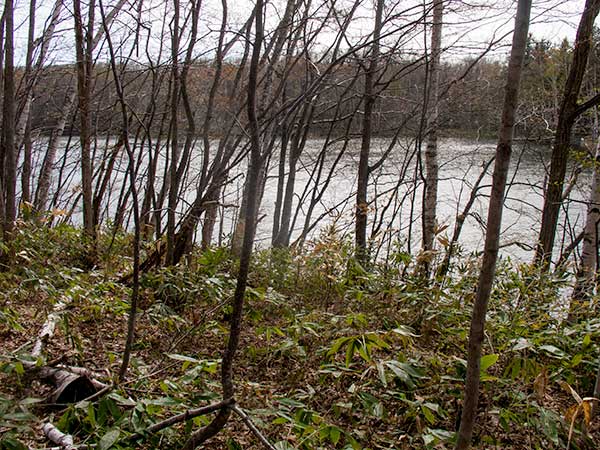 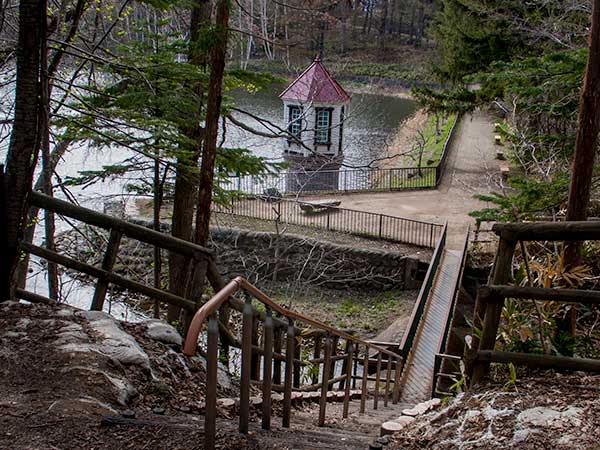 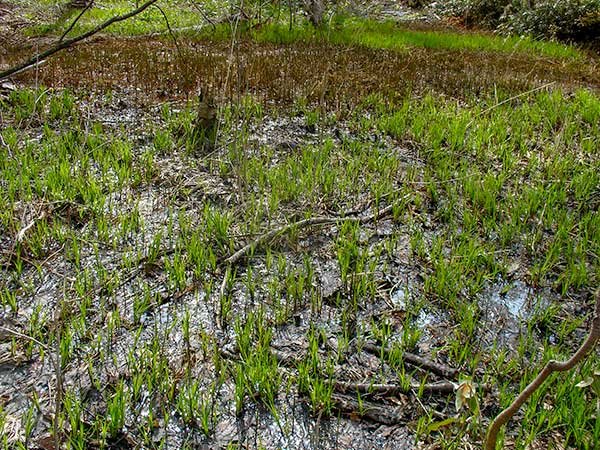 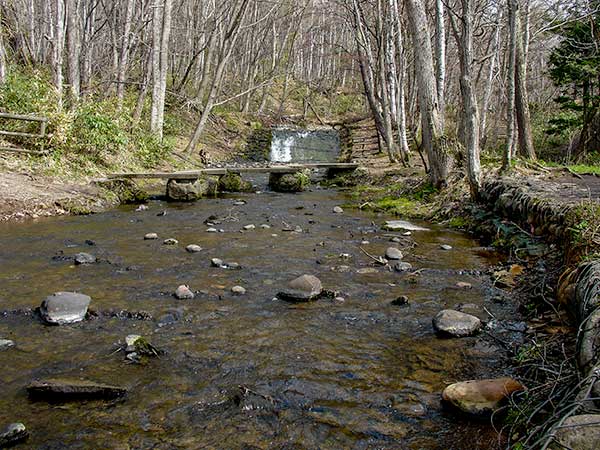 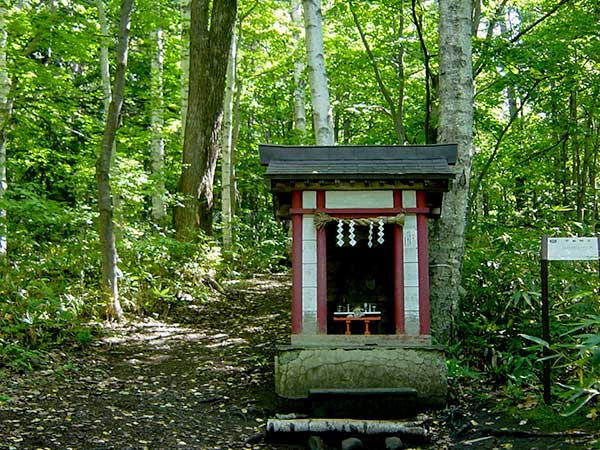 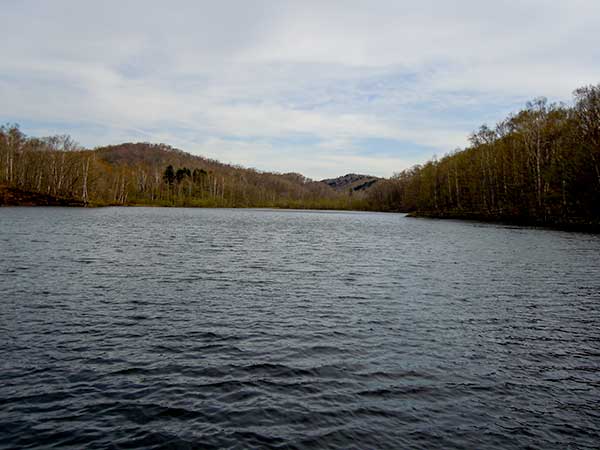