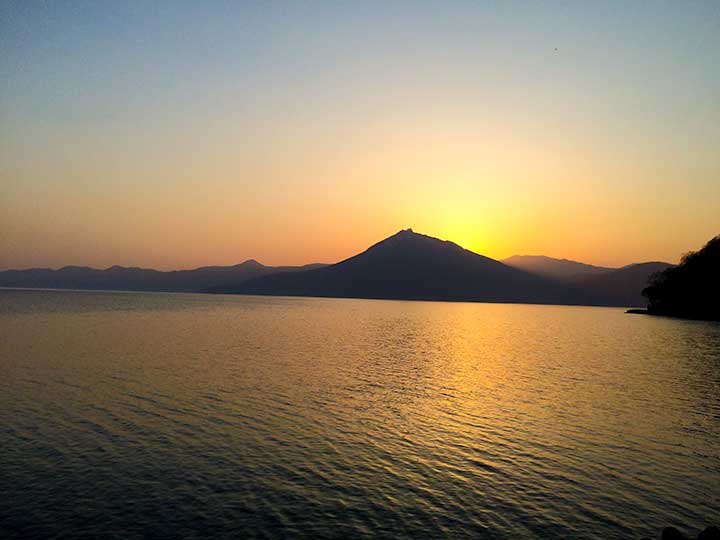 This place is written as [支笏湖] in Japanese.

Lake Shikotsu-ko(支笏湖) is located in the city of Chitose, Hokkaido, Japan. This is a caldera lake and a part of the Shikotsu-Toya National Park. The average depth of Lake Shikotsu-ko is about 265 metres (869 ft) and the maximum depth is 363 metres (1,191 ft), that is the second deepest lake in Japan. Lake Shikotsu-ko is surrounded by three volcanos, Mt.Eniwa to the north, Mt.Fuppushi and Mt.Tarumae to the south. The caldera formed in the Holocene, the geological epoch from the end of the Ice Age to the present, which is called Holocene, when this area between these volcanos subsided.