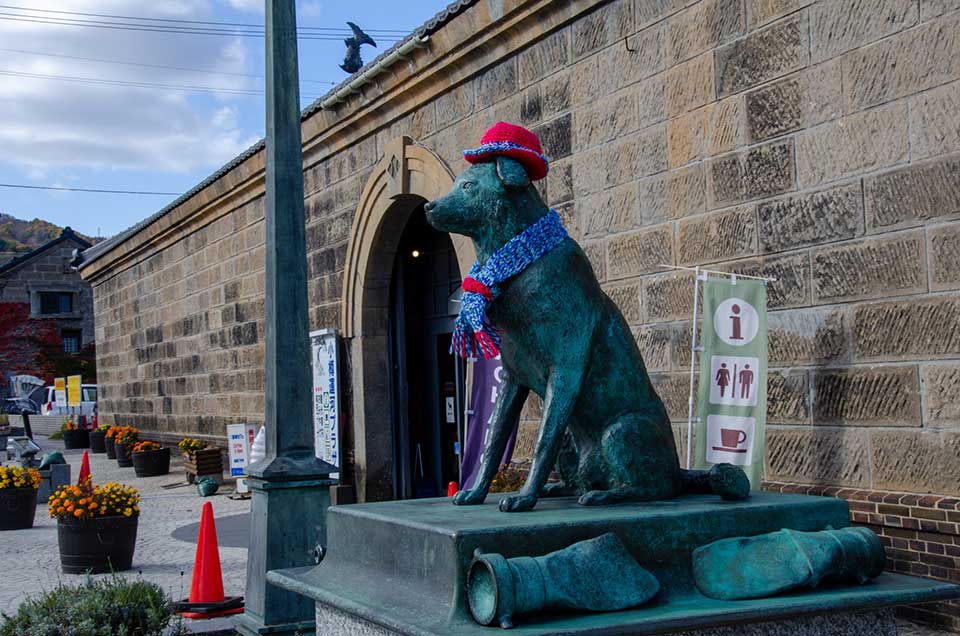 Bun-kou (ぶん公) a dog that was a smart dog like a Hachi-kou (ハチ公) at Shibuya Station. Kou (公) indicates peoples familiarity to their loved one such as Ieyasu-kou, the great shogun of Tokugawa. Sometimes we call a dog as Wanko or Wankoro which derives from this meaning.

According to the inscriptions, Bun-kou was crying at a ruin of fire then he was helped and bred by firemen at the Otaru fire office in the beginning of Showa era, 1930s.

Bun-kou used to imitate firemen as much as they did. When a fire had occurred, he immediately got on the fire truck. No sooner they arrived, Bun-kou passed fire hoses in his mouth and prevented a hose from entanglement. More, he had managed a crowd collected to watch the fire.

His operations were over 1,000, he had became a famous fire dog in the newspaper and radios all over Japan and loved by many citizens and children. 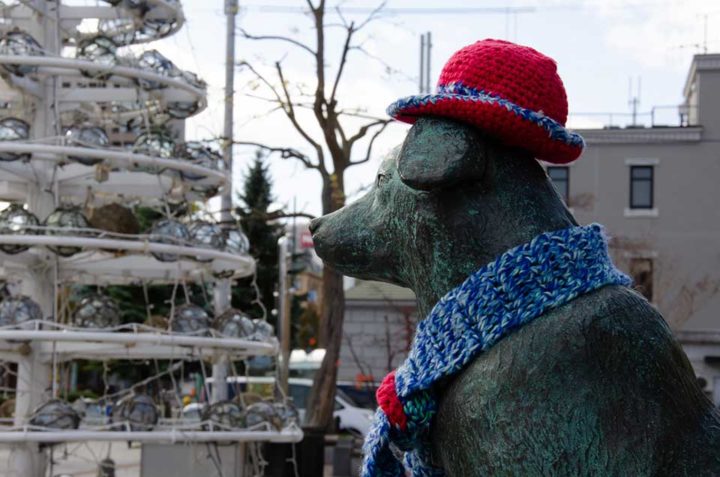 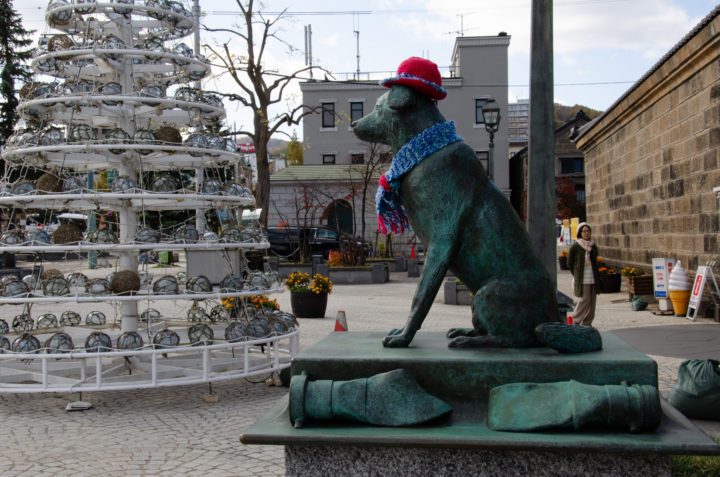 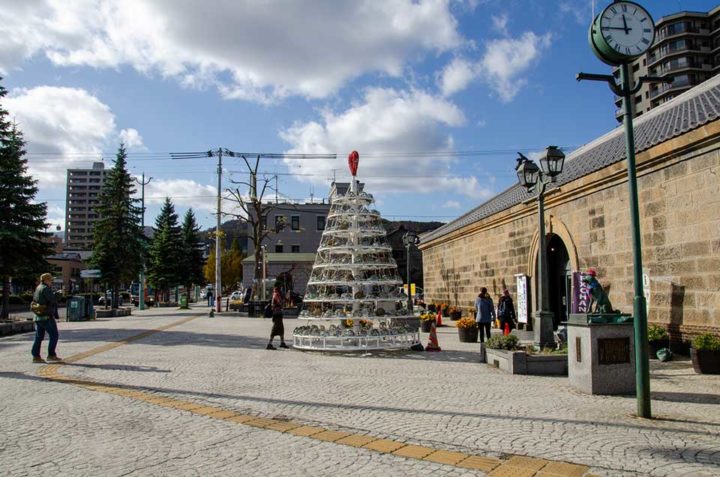 Bun-kou is located  in front of Unga Plaza in which the tourists information center is inside.

After Otaru station, go straight down the center street to the canal and you will see left side.

Or after parking your car in Otaru city public parking, walk 3 minutes.