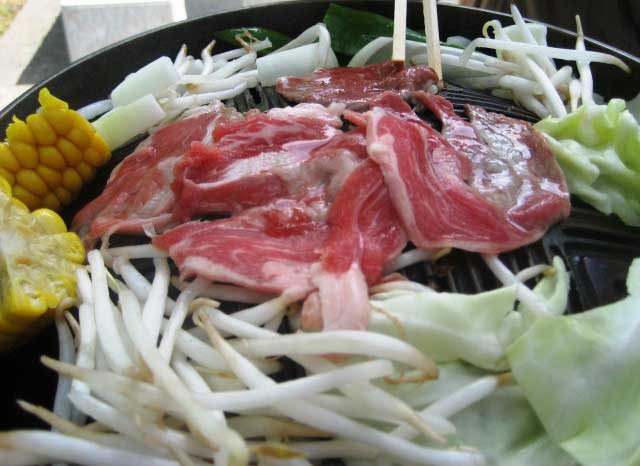 This place is written as [ジンギスカン] in Japanese.

Jingisukan is a dish of lamb or mutton and vegetables grilled on a helmet-shaped pan. You eat them dipping in a soy-sauce-based sauce. There are many Jingisukan restaurants in the city of Sapporo, where they have an original sauce.

There are two types of ordering, it is ‘eating as much as you like’ by a time limit or you order as you like by no time limit. Time-limit style is cheeper for people who eat more and more. Some restaurants serve other foods, chicken, poke and beef.