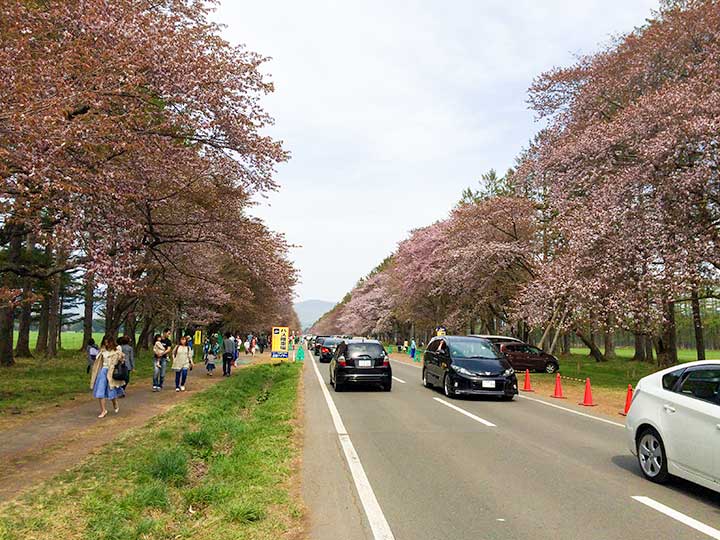 This place is written as [二十間道路桜並木] in Japanese.

Shizunai is famous for its Sakura blossoms road that leads 7 km long and with 3,000 sakura, cherry blossom trees. This is designated as one of the best 100 beautiful road of Japan and Best 100 Sakura sights in Japan.

Sakura festival is held on the beginning of May. This year, 2015, the festival started from May 2 and end on May 10. Sakura trees are full blossom now, May 2 and many people were here looking for Sakura. A terrible traffic jam will be occurred in the Golden Week from the end of Hidaka Expressway, Hidaka Monbetsu Exit and Monbetsu(門別) or Toyosato(豊郷) on the route 235 to Shizunai. If you want to avoid a traffic jam, you should go driving  in the early morning. You should expect to have twice time for getting there. The main site is crowded with many people. There are many food shops such as Yakitori and Japanese fast foods. The main site is located in the road called Sakura tunnel that crosses Cherry-blossoms road and this had been the imperial farm on the Taisho era, the beginning of 1900. You can see vast fields around the road.