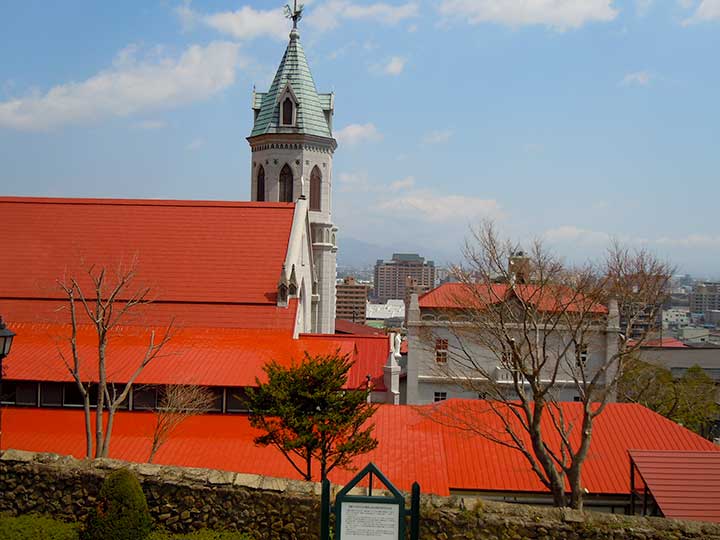 This place is written as [函館元町カトリック教会] in Japanese.

The former temporary building was founded by French Father, Eugène-Emmanuel Mermet-Cachon in 1859. After that, the church was constructed in 1877. But it was burned down in 1907 and rebuilt in 1910. It was burned again in 1921 and rebuilt again with burned bricks in 1924, which have a 33 meters bell tower and existing now.

The main altarpiece and other paintings of saints are presented by the Pope, Benedictus PP. XV. 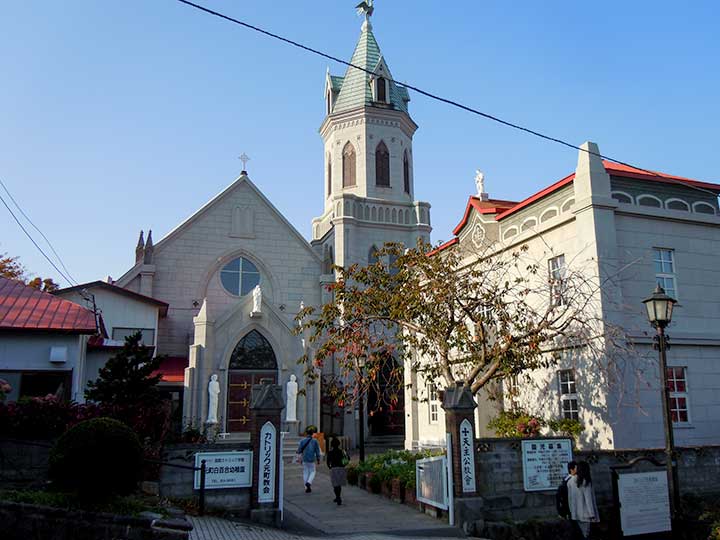 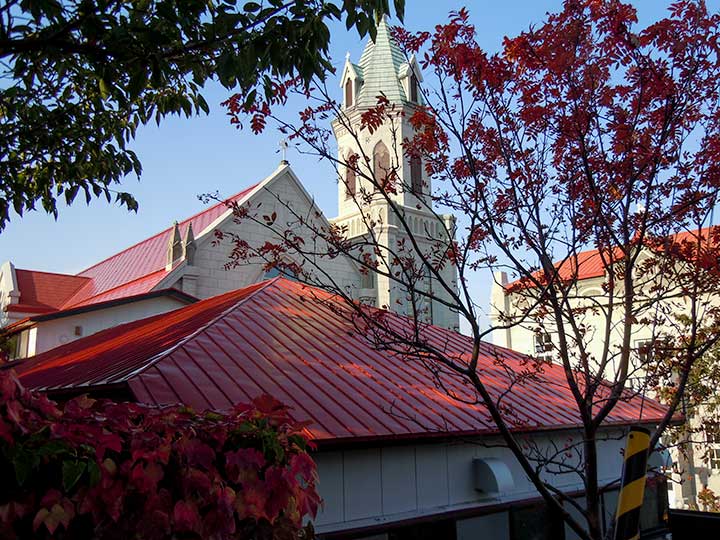