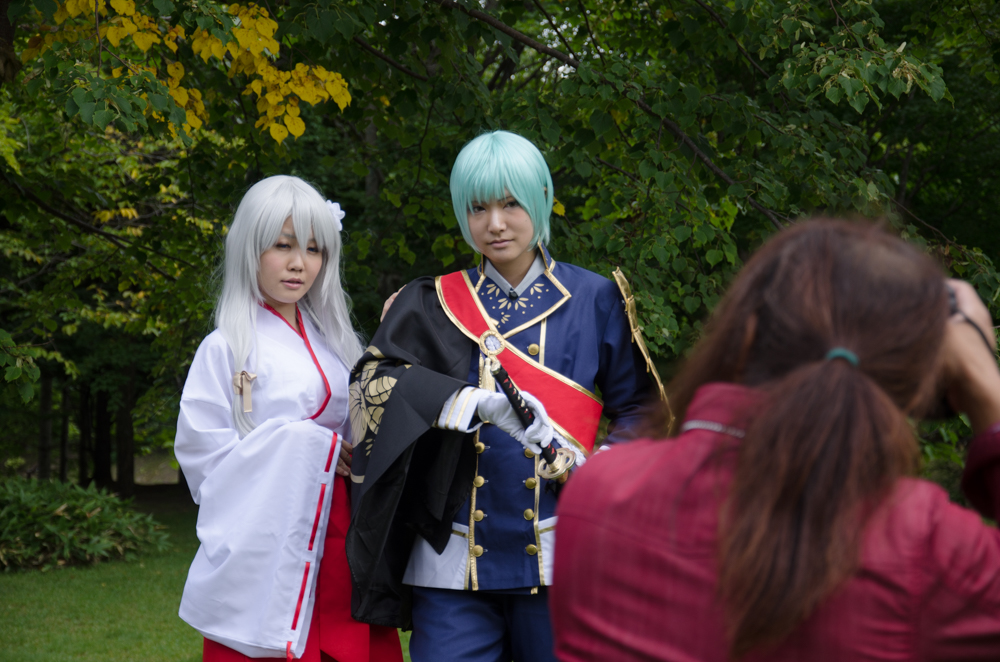 This place is written as [きたまえ札幌マンガ・アニメフェスティバル] in Japanese. Cosplayers and photographers get together here, Sapporo Art Park. They had a great time to take some photographs and talking each other. Many young cosplayers were coming and disappeared to the sculpture museum behind.