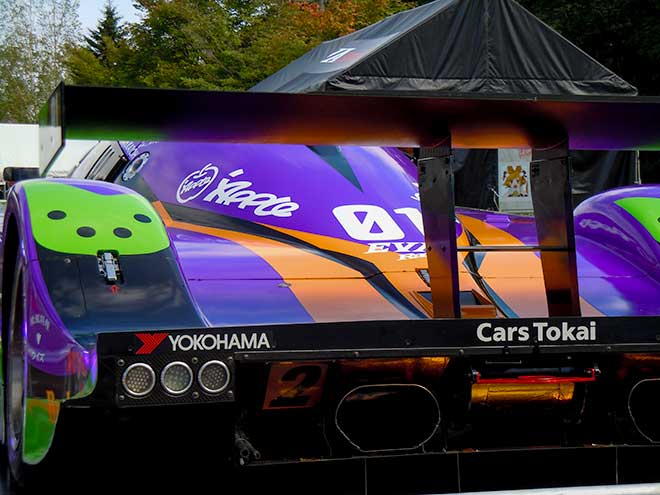 This is the first display in Hokkaido. Eva Racing has come in Sapporo Art Parl for the festival, Kitamae(きたまえ) Sapporo Manga Anime Festival 2014.

It is formed by Evangelion characters and has took place in some domestic ‘SUPER GT’ race since 2010. The stage performances are held on the Eva Racing Trailer by three race queens who are dressed up with Evangelion costumes.

Their stage performance are programed twice a day.