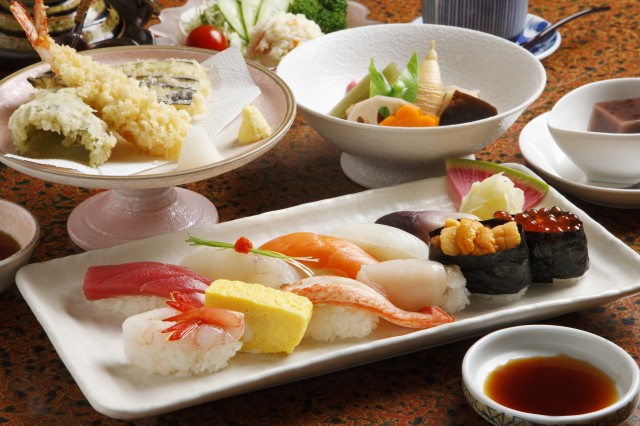 This place is written as [定食] in Japanese.

Teishoku means a combo, a combination meal, set meal, set lunch or set dinner. There are various teishoku menu and restaurant’s original teishoku. However, we don’t call a course menu such as French or Chinese as teishoku. Basically, many of teishoku consist of a soup(miso soup), a main dish such as fish/meat and a bowl of cooked rice adding other original combination at some restaurants. Pickles is a very popular item for teishoku. Most of pickles are salty taste, not vinegar. There are various original pickles in countryside. It is so fun to try them.

Anyway, teishoku is basically a combination of some soup, a main dish and rice/bread and plus original pickles or salad. This is the very popular menu all over the country. It is served at Japanese style restaurant called ‘Shokudo'(食堂). If you find the name as ‘食堂’ in the town you traveled, the restaurant would be loved by local people. Unlike a urban stylish restaurant, Shokudo is plain but its taste is fulfilled with taste of mom’s home cooking.

see Donburi, Japanese all in one dish.