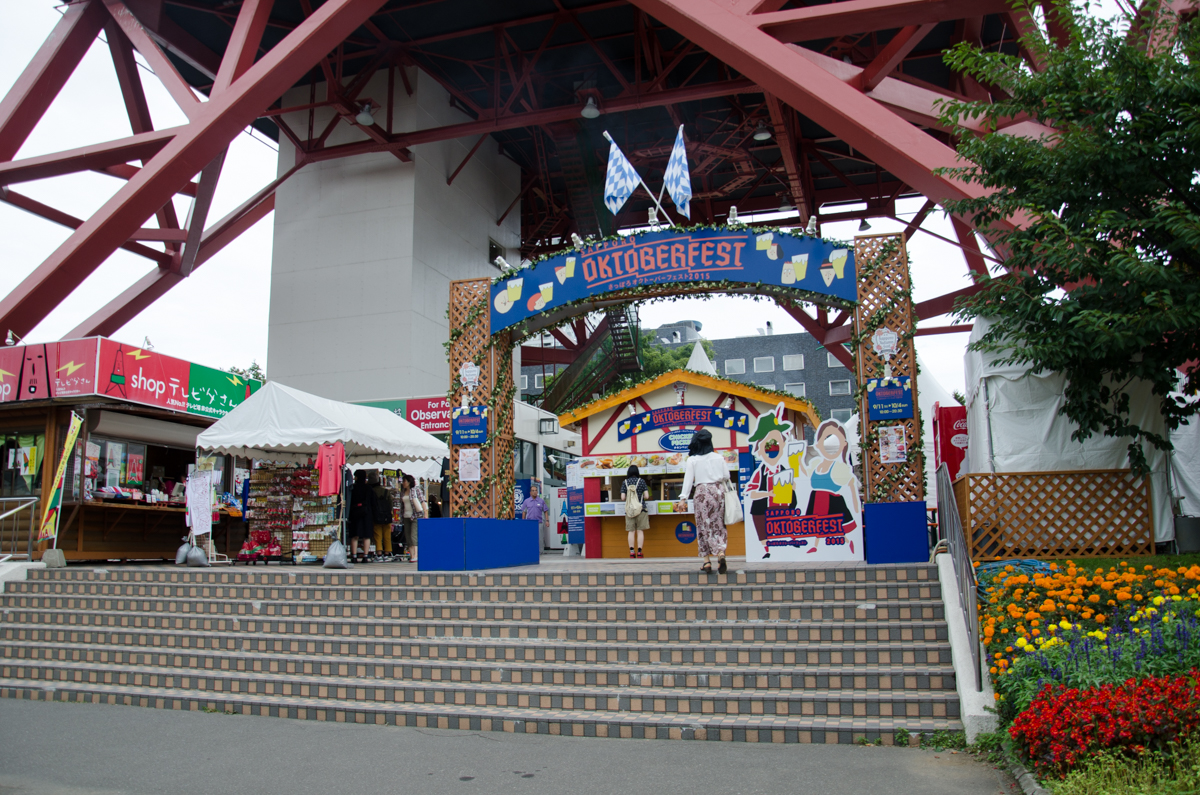 There are 8 sites in Odori Park, central Sapporo. World famous and traditional German beers Festival called ‘Oktoberfest’, here in Sapporo the same festival called Sapporo Oktoberfest is held in Odori 1 chome. Just right there, the foot of Sapporo TV Tower called ‘Terebi tosan(テレビ父さん)’. You can have authentic German beers, foods such as wienerwurst or frankfurter and other crafts beers. If you are going to have a lunch, this is a good choice. German beer and Other craft beers are available.