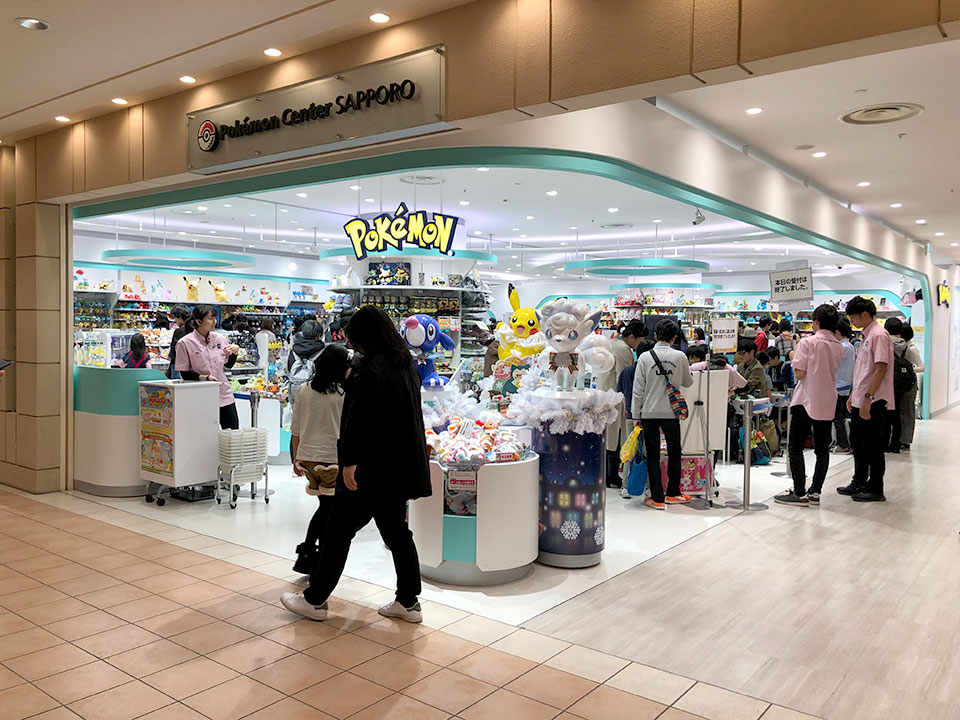 This place is written as [ポケモンセンター札幌] in Japanese.

Pokemon Center Sapporo is located in Daimaru Sapporo 8F at Sapporo Station. Pokemon has been the most popular game and animation character more than 20 years. It started as Gameboy application named Pocket Monster Red and Pocket Monster Green by Nintendo. After its mega hit, a comic magazine started and a card game was made at that time coincidently. Mega hit again! Then TV animation started next year. Pokemon became the most popular Manga and Game character in Japan as well as Doraemon. This is the base center for Pokemon fan in Sapporo. There are many goods and Pokemon items. Enjoy them!

Many events are held on the weekend.