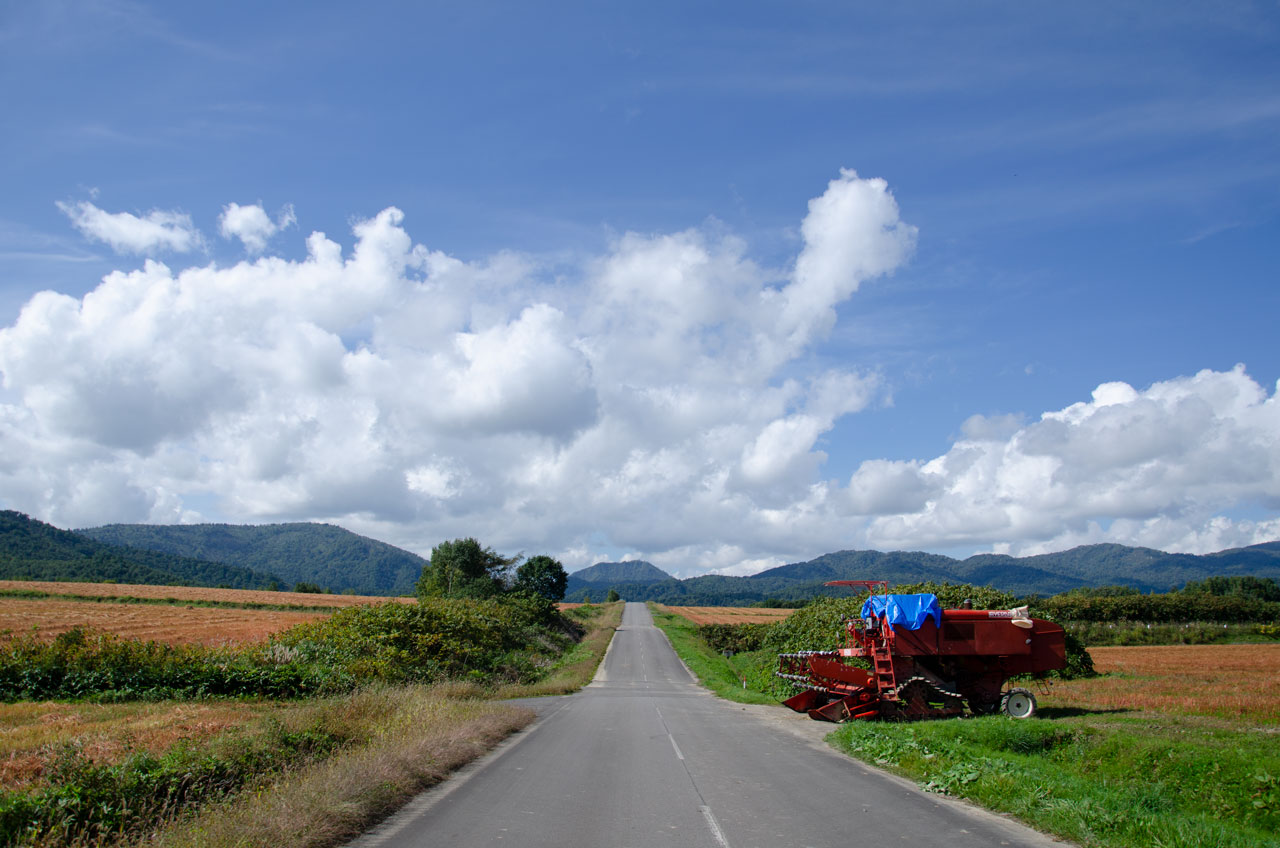 When we drive on a unfamiliar road, we rely on some navigation system such as Googlemaps.

Well, they tell us which direction is fast and more they indicate the best route to our destination avoiding one-way road. It is really smart and definitely it is useful.

But Googlemaps could not indicate safety route in any case. I guess it might indicates a short-cut or the fastest route, so that sometimes it is dangerous and hard to drive. It is no good idea for travelers who are not familiar to Hokkaido.

You must take a wider and popular route such as indicated at the traffic board even if you are in a hurry.

I show you some case which drive me crazy when I was navigated by Googlemaps.

When I go home from Ishikari to Sapporo, I was driving my car as well as  navigated by Googlemaps. The route which I had to take was almost a road for agriculture. Finally I found the big road which has 6 lane-wide road and there is no traffic signal and more, never-intermitted traffic in front of my car.

How can I turn right?

OK. Maybe this is a short-cut. But tell me Google, how long I have to wait for entering the road?

This case is not rare!

When I drive in rural, the north of Sapporo, suddenly it is heavily snowing, almost snowstorm. I can’t see anything not only in front of me, all side of my car is “WHITE”.

Googlemaps solicited me turn left, which was rural road such as for agriculture. I imagined if I do it. I would totally lose my destination in white out.

Of course I didn’t choose the Google road even if I would spend more time for driving. Because I knew that the road googlemaps indicated is narrow and nobody drive except local.

If you encounter with snowstorm while driving, GO wider and popular road like as everybody does. Don’t follow Googlemaps. Some navigation system could indicate the same way as Googlemaps. Don’t follow for the sake of short-cut in such a devastating condition.

There are many traffic accidents happened everyday in Hokkaido. We show you where it is dangerous and not to drive.

Biei In the Winter

From route 237 to route 213 and railroad crossing point in Biei. This is one of the most dangerous point and many accidents happened. It is steep down hill from Biei to Asahikawa around the crossing point. A vehicle form Biei does not turn left completely and hit a car which is waiting on the corner.

DO NOT DRIVE this way even if Googlemaps show you as a short-cut way.

You may be indicated this route by Googlemaps or other Navigators.

Many locals doesn’t drive this way in the winter, especially icy condition. Most which have troubles are rental cars because they don’t know how dangerous it is.