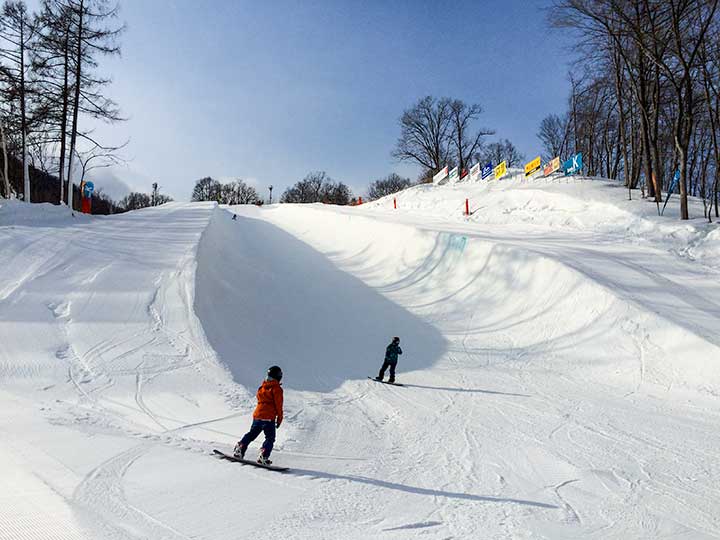 The largest half pipe in the country, authorized by FIS was opened today, 24th January 2015 in Bankei Ski area. Opening ceremony was held at the goal area and demonstration by many snow-boarders who were former Japanese representatives of Winter Olympic Game.