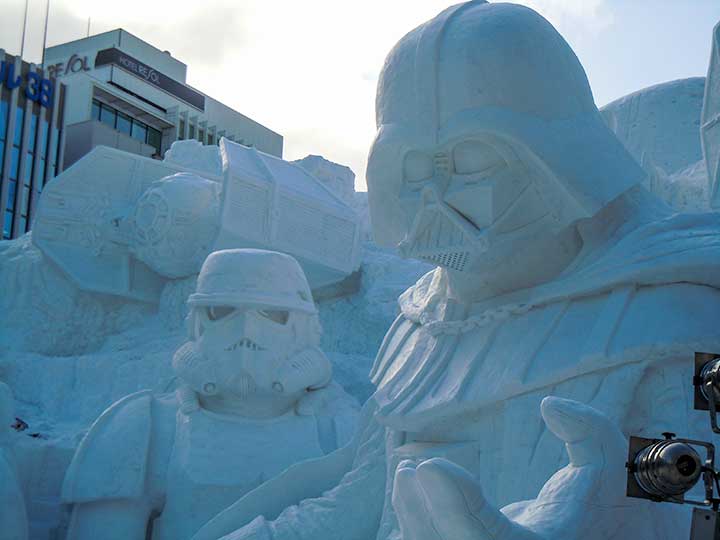 A Coming new movie, Star Wars Episode VII – The Force Awakens has emarged as a huge snow statue in Sapporo Snow Festival 2015. This is a kind of the commercial event for the new movie coming in this winter, December 18 2015 in Japan. Yesterday, February 3, there is big scaffolding covering the statue and many people were still working around. But, this day which is the day before the opening day of Sapporo Snow Festival 2015, everything is ready for open. Recent bad weather condition, rain or snow-storm, has made many statues big damages and they tried very hard to make that deadline. The result is very nice and beautiful ever before. The brilliant white snow statue and blue ice statue are waiting for many visitors.