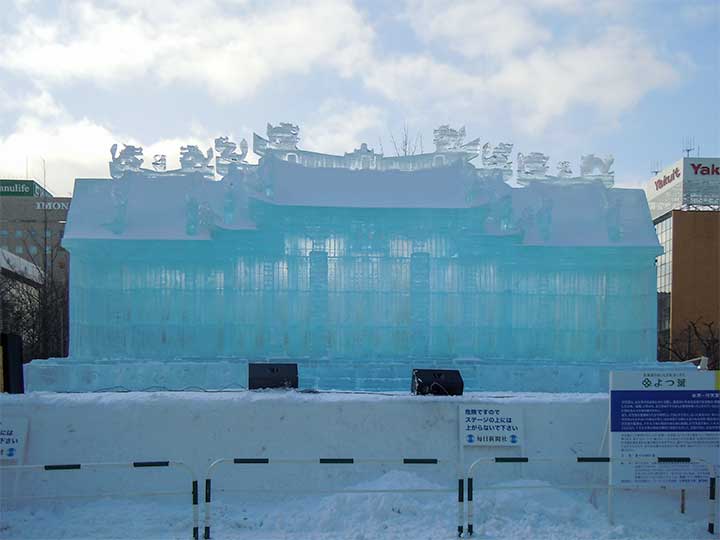 Hsing Tian Kong(行天宮) is a very popular temple in Zhongshan District, Taipei, Taiwan, which has emerged as ice statue in Sapporo Snow Festival 2015. The statue is located at Odori 5 Chome west side. 1,800 ice blocks are used for making and its weight is 135kg per block. Some stage show are planed everyday such as music concerts and games for kids. There are official shops for goods and food booths available. The statue is shining in blue in sunny day and very beautiful. There is a free photo service in front of the statue, which the staffs take your picture against the background of Hsing Tian Kong. The photo will be served within a couple of minutes. This is a nice souvenir for visitors. Don’t miss it!   [huge_it_slider id=”57″]